Donate
Home The God of all Circumstances ~ Pst. Otonye Davies

The God of all Circumstances ~ Pst. Otonye Davies

17 (As it is written, I have made thee a father of many nations,) before him whom he believed, even God, who quickeneth the dead, and calleth those things which be not as though they were.   18 Who against hope believed in hope, that he might become the father of many nations, according to that which was spoken, So shall thy seed be.   19 And being not weak in faith, he considered not his own body now dead, when he was about an hundred years old, neither yet the deadness of Sarah’s womb:  20 He staggered not at the promise of God through unbelief;  but was strong in faith, giving glory to God;  21 And being fully persuaded that, what he had promised, he was able also to perform.   22 And therefore it was imputed to him for righteousness.  23 Now it was not written for his sake alone, that it was imputed to him;  24 But for us also, to whom it shall be imputed, if we believe on him that raised up Jesus our Lord from the dead;  25 Who was delivered for our offences, and was raised again for our justification.

Psalms 125:1(AMP), our text confirms that God can bring into existence the things that were not, as long as he desires to do so, so your prayer should be “let the desire of God meets with your expectation”, all we need is for the will of God to be aligned with our desires.

In Deuteronomy 28:13 when the Lord declared that He will make you the head and not the tail He gave us a condition and He says “if we will harken unto His commandments and observe to do them”, why did He say so? Because he knows that given the fact that the word has been declared, there will be forces and situations challenging the things that He has said concerning you.

When God spoke to Abraham in Genesis 17 that He will make him a father of nations, everything that would have made Abraham the Father of nations has been compromised, but despite Abrahams’s situation, it didn’t change the world of God coming to pass.

We as Christians need to know that we need FAITH to move on, the journey of Christianity is a journey of Faith many times there are things that will challenge us but we need to remember that God is the God of all circumstances. No circumstance can rob him of His power of being God, no situation can change the fact that He’s God.

You do not give up easily when you are sure of who is behind you. I’m not saying that challenges will not come, they will come because that’s the test of our faith. When you know that God is backing you, it doesn’t matter how long it will take, because you know of a certainty that what God says will happen. Only those who persevere can outlive their challenges, when you go through challenges, it’s not the time to give up, it is the time to persist. Only those that persevere can overcome difficulties and challenges.

Things to note as Christians: 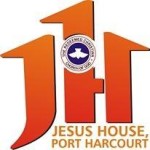