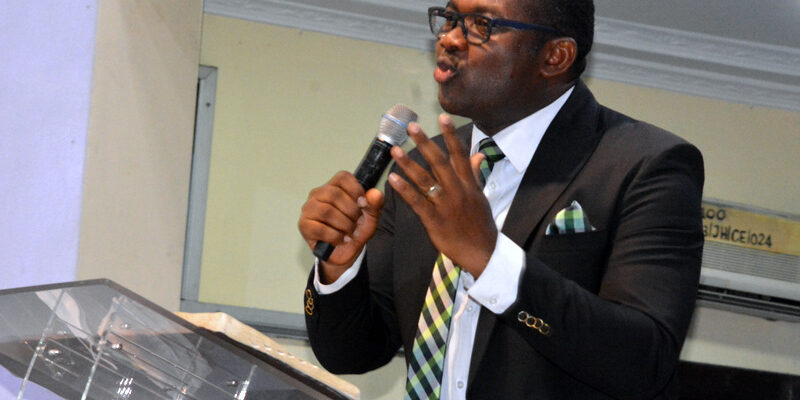 A good name is rather to be chosen than great riches, and a loving favour rather than silver and gold. [kjv]

A good name is rather to be chosen than great riches, and loving favor rather than silver and gold. [AMP]

The Amplified version of Proverbs 22 has told us that a good name is earned, so it is not necessarily about the name you bear. When we talk about a good name, we are not literally talking about the meaning of the name a person bears but what people think about the person when they hear his or her name. When you name is mentioned, what comes to mind first. Some parents give names based on the happenings around, as good as that seem we must know that names are important; and every one of us, as we are living our lives all we are trying to do is to get a good name for ourselves and family. So that when your name is mentioned, people can relate with it positively.

2.       A good name is not the name you bear: Amplified version gave us the steps to earning a good name. There are some people you would mention, the response will be “That person is well behaved”, whereas there are some names you would mention and people would say don’t call that name here. So honorable behavior, wise behavior, good character, are the things that give us good name. personal integrity, when people are not there with you, you still do what is right, that’s what gives a good name. A good name is about your integrity and character. And that’s who you are.

WHY IS IT IMPORTANT TO HAVE A GOOD NAME RATHER THAN GREAT RICHES?

1.       A good name brings balance and trust: A good name brings trust and stability to your life, in life trust is almost everything: relationship, friendship, business lies on trust. So if your name is mentioned and I can associate your name with trust, then you are good to go. A good name will bring trust to you. Genesis 39:1-6 “39:1 And Joseph was brought down to Egypt; and Potiphar, an officer of Pharaoh, captain of the guard, an Egyptian, bought him of the hands of the Ishmeelites, which had brought him down thither.  39:2 And the LORD was with Joseph, and he was a prosperous man; and he was in the house of his master the Egyptian.  39:3 And his master saw that the LORD was with him, and that the LORD made all that he did to prosper in his hand.  39:4 And Joseph found grace in his sight, and he served him: and he made him overseer over his house, and all that he had he put into his hand.  39:5 And it came to pass from the time that he had made him overseer in his house, and over all that he had, that the LORD blessed the Egyptian’s house for Joseph’s sake; and the blessing of the LORD was upon all that he had in the house, and in the field.  39:6 And he left all that he had in Joseph’s hand; and he knew not ought he had, save the bread which he did eat. And Joseph was a goodly person, and well favoured”. Interestingly, Joseph was a slave but he showed an exceptional character and made a good name for himself such that Potiphar was so happy with him and made him the head of the servants of the house because Potiphar could trust him. The bible says “Potiphar didn’t know anything in his house anymore save the bread he ate”. He left everything in the hand of Joseph because of trust. A good name can open doors for you.

2.       A good name brings favour: Gen 39:22 “And the keeper of the prison committed to Joseph’s hand all the prisoners that were in the prison; and whatsoever they did there, he was the doer of it”. Even when he got to prison, he found favour in the sight of the keeper of the prison. Acts 9:26-34 shows the story of Dorcas, how she had earned a good name for herself and when she died the people cried that she will not go and Jesus was move with compassion and she was brought back to life. 1 Sam. 16:16-19 “16 Let our lord now command thy servants, which are before thee, to seek out a man, who is a cunning player on an harp: and it shall come to pass, when the evil spirit from God is upon thee, that he shall play with his hand, and thou shalt be well.  16:17 And Saul said unto his servants, Provide me now a man that can play well, and bring him to me.  16:18 Then answered one of the servants, and said, Behold, I have seen a son of Jesse the Bethlehemite, that is cunning in playing, and a mighty valiant man, and a man of war, and prudent in matters, and a comely person, and the LORD is with him.  16:19 Wherefore Saul sent messengers unto Jesse, and said, Send me David thy son, which is with the sheep”. How did the servant know all of this about David? David was busy tending his father’s sheep meanwhile someone was observing him and he earned favour.

3.       A good name is eternal: Even when a person dies, his name still rings in death. So a good name is eternal, on the other hand a bad name is also eternal. When we leave this world, our name still remains, it’s now left for you to decide if your name will be remembered for good or bad. Riches can grow wings and fly away but if you choose a good name, it will live after you. 2 Kings 8:16-19 “2 Kings  8:16 And in the fifth year of Joram the son of Ahab king of Israel, Jehoshaphat being then king of Judah, Jehoram the son of Je hoshaphat king of Judah began to reign.  8:17 Thirty and two years old was he when he began to reign; and he reigned eight years in Jerusalem.  8:18 And he walked in the way of the kings of Israel, as did the house of Ahab: for the daughter of Ahab was his wife: and he did evil in the sight of the LORD.  8:19 Yet the LORD would not destroy Judah for David his servant’s sake, as he promised him to give him alway a light, and to his children”. David had built a name before God, and Judah was spared. Every one of us, as we await the coming of our Lord Jesus Christ, for every decision we make, it is either it earn us a good name or bad name.

You need to start working on your good name. It might take a while to build or rebuild but there is no doubt that in the end, that it will be worth building.