Donate
Home When God Seems not to be making sense – Pst. Adesoji Oni

When God Seems not to be making sense – Pst. Adesoji Oni

When God Seems not to be making sense – Pst. Adesoji Oni 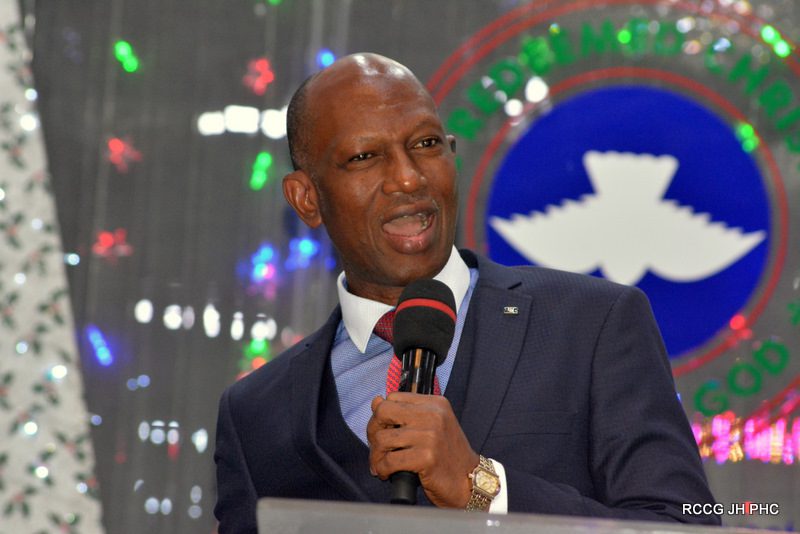 Christian faith is a tough one, God is the almighty and all powerful, but there are times when man sits and looks with their right sense of judgment and conclude that it doesn’t make sense. In everything, trust in God

3.) Let not mercy and truth forsake you; bind them round your neck, write them on the tablet of your heart,

4.) And so find favor and high esteem in the sight of God and man.

5.)Trust in the Lord with all your heart, and lean not on your own understanding.

In all your ways acknowledge Him and He will direct your path. Many times God says certain things that make no sense to man, never forget that what we have as man is what we call common sense, but God does not work by common sense rather He works supernaturally.

The people doubted God, but the thing is when God is at work nobody can understand Him. God used the leprous men and sent them to the camps of the enemies (Syrian). The lepers were tied bells on their legs so when they are coming, people get alerted that unclean people are coming in their midst, then as they were moving God amplified the sound of the bell, so the Syrian army heard it as the sound of mighty armies and fled from their camp leaving all they had behind, the lepers ate and filled themselves. Therefore, the lepers said within themselves that they will not do well if they eat everything themselves, so they went back and told their people there is food.

What we must understand is that the Foolishness of God is Wiser than men.

Some other instances from the Bible

How could one chase a thousand, and two put ten thousand to flight, unless their Rock had sold them, and the Lord had surrendered them?

8.)Then the word of the Lord came to him, saying,

9.)”Arise, go to Zarephath, which belongs to Sidon, and dwell there. See, I have commanded a widow there to provide for you.”

The problem we have today is that we want to try things our way first and expect God to program Himself into what we are doing, but God expects you to obey Him, then He will intervene on your behalf.

In 2 Chron. 20, Three nations gathered against a nation and God said you don’t have to fight the battle and He said the battle is His, then Jehoshaphat realised through praises He could bring God’s presence down in their midst. Normally, taking singers as the front line in a war against soldiers with sophisticated weapons seems stupid, but when God is speaking even if it seems not to make sense what He is doing is right at all times.

Give, and it will be given to you: good measure, pressed down, shaken together, and running over will be put into your bosom. For with the same measure that you use, it will be measured back to you.”

Precious in the sight of the Lord is the death of His saints.

Precious in the sight of God?

Humanly, we think God will feel so bad that this one is dead, but God rejoices when a saint is called home. Ordinarily it makes no sense to us, but bible says we should sorrow when any saint departs because in Heaven there is rejoicing as another saint is welcomed home.

Hast thou not known? hast thou not heard, that the everlasting God, the LORD, the Creator of the ends of the earth, fainteth not, neither is weary? there is no searching of his understanding.

You cannot understand Him enough, the more you know Him, the more you want to know Him. You cannot exhaust the knowledge that you have and need of God, so when we bring God’s word we are hearkening in faith. Now, what is faith? Faith is simply the substance of things hoped for and the evidence of things not seen.

God lives in eternity, He is seeing the things that are not seen and He wants us to see with the eyes of those things not seen. He has declared to us to live by faith. He emphasized it in 4 different scriptural verses

Behold, his soul which is lifted up is not upright in him: but the just shall live by his faith.

For therein is the righteousness of God revealed from faith to faith: as it is written, the just shall live by faith.

But that no man is justified by the law in the sight of God, it is evident: for, the just shall live by faith.

Now the just shall live by faith: but if any man drawback, my soul shall have no pleasure in him.

God expects us to work by faith and not by sight. We are expected to follow and rely on Him.

8.) For my thoughts are not your thoughts, neither are your ways my ways, saith the LORD.

As believers you should make these part of your life

So then faith cometh by hearing, and hearing by the word of God.

For we write none other things unto you, than what ye read or acknowledge; and I trust ye shall acknowledge even to the end;

Study to shew thyself approved unto God, a workman that needeth not to be ashamed, rightly dividing the word of truth.

When in needs rather than having negative thinking, go into confessing your needs into reality and He will bring it to pass.

When a calamity happens in the life of someone, after hearing it, let it die there and don’t think about it further, because the moment you think about it you begin to think that such will happen to you. Rather, when you make your orientation flow with what the kingdom is saying about you, then you will begin to see victory come your way.

This book of the law shall not depart out of thy mouth; but thou shalt meditate therein day and night, that thou mayest observe to do according to all that is written therein: for then thou shalt make thy way prosperous, and then thou shalt have good success.

When you meditate or ponder over something it becomes part of you and it dictates your actions and everything else around you.

But the Comforter, which is the Holy Ghost, whom the Father will send in my name, He shall teach you all things, and bring all things to your remembrance, whatsoever I have said unto you.

We are taught from the beginning when we give our lives to Christ that you must ask the Holy Spirit to teach you.

Beat your plowshares into swords, and your pruninghooks into spears: let the weak say, I am strong.

18.) And when the child was grown, it fell on a day, that he went out to his father to the reapers.

20.) And when he had taken him, and brought him to his mother, he sat on her knees till noon, and then died.

22.) And she called unto her husband, and said, Send me, I pray thee, one of the young men, and one of the asses, that I may run to the man of God, and come again.

23.) And he said, Wherefore wilt thou go to him to day? it is neither new moon, nor sabbath. And she said, It shall be well.

24.) Then she saddled an ass, and said to her servant, Drive, and go forward; slack not thy riding for me, except I bid thee.

25.) So she went and came unto the man of God to mount Carmel. And it came to pass, when the man of God saw her afar off, that he said to Gehazi his servant, Behold, yonder is that Shunammite:

27.) And when she came to the man of God to the hill, she caught him by the feet: but Gehazi came near to thrust her away. And the man of God said, Let her alone; for her soul is vexed within her: and the LORD hath hid it from me, and hath not told me.

29.) Then he said to Gehazi, Gird up thy loins, and take my staff in thine hand, and go thy way: if thou meet any man, salute him not; and if any salute thee, answer him not again: and lay my staff upon the face of the child.

30.) And the mother of the child said, As the LORD liveth, and as thy soul liveth, I will not leave thee. And he arose, and followed her.

31.) And Gehazi passed on before them, and laid the staff upon the face of the child; but there was neither voice, nor hearing. Wherefore he went again to meet him, and told him, saying, The child is not awaked.

32.) And when Elisha was come into the house, behold, the child was dead, and laid upon his bed.

33.) He went in therefore, and shut the door upon them twain, and prayed unto the LORD.

35.) Then he returned, and walked in the house to and fro; and went up, and stretched himself upon him: and the child sneezed seven times, and the child opened his eyes.

36.) And he called Gehazi, and said, Call this Shunammite. So he called her. And when she was come in unto him, he said, Take up thy son.

At the point where she hid her son’s body and she asked for some horses so she would go to see the man of God, she was asked if there was any problem and she replied well it shall be well and she left. When the man of God saw her and sent his servant to her, she said it is well and she upheld the language that is understood in the Heavens, because she is with God. When you pass through tough times it doesn’t mean God has forsaken you, He is just bringing out the best in you.

“Sing oh barren…”, so brethren wipe away your tears when in need from God and rejoice aloud because your father in heaven knows your needs and will surely provide them for you. If anybody wants to make you cry, rejoice and encourage yourself in the Lord, something great is on your way because when God decides to stretch His hands your way, nobody can turn it back, when He says your time has come, the devil and his agents put together cannot stop Him. So, let your language be the language of God, regardless of what you are faced with, hold on to Him and do whatever He asks you to do without doubt.

Summary: It is not your senses, works or wisdom that can save you but God’s, God says simply surrender all to Him. Make up your mind to surrender your heart and life to Him today and He will do His nonsense in our lives which is better and wiser than the wisdom of Men.