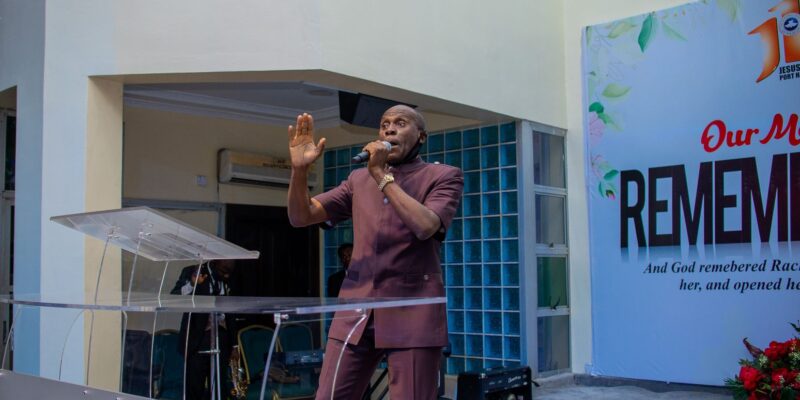 And the angel came in unto her, and said, hail , thou art highly favoured, the Lord is with there: blessed art those among women.

When your season for favour comes, when it is time for you to be remembered, favour locates you.

David was thrown out there in the wilderness but as the time came, favour located him, 1 Samuel 16:10-11

DECLARATION: Whatever had been an instrument of disfavor, I stand to declare, be terminated in the name of Jesus, Amen.

Favour does not just locate you but it brings a lifting. Psalm 89:17.

No matter where men try to dump you when your time for favour comes, favour will locate you and not just that, it will lift you, above shame, above affliction, above men, no matter the challenges, as long as you’re with God, you’re not going down.

DECLARATION: I stand to declare, favour lift you now, in the name of Jesus!

Esther 2:17, Esther was loved and favoured amongst others. She received favour.

DECLARATION: Every satanic agenda shall be put to not by reason of favour, every strong hold of death, be destroyed in Jesus name, Amen!

Favour brings light, no matter the dark moments, when favour comes in, the person begins to arise and shine, Isaiah 60.

DECLARATION: I stand to declare, by the power of God’s irrevocable word, that God’s light shall prevail over every dark situation, in the name of Jesus.

DECLARATION: God’s light from the throne of grace shall shine before you, in the name of Jesus, Amen!.

DECLARATION: Joel 2:21, I stand to declare that the Lord will do great things in your life in the name of Jesus, it shall not tarry, the delay is over, the waiting is over.

DECLARATION: The Lord has settled your case in the name of Jesus, amen.

WHAT IS THIS UNSTOPPABLE FAVOUR?

God’s glory upon your life makes you glorious, instead of becoming a prey, you become a praise.

1. My father my father, I connect with your mercy, my time for favour has come, I receive favour in the name of Jesus.

2. By the reason of favour I receive a lifting in my life.

Every strong hold of death and destruction, give way to life and light, in Jesus name.

3. My father, my father, by your power, terminate every strong hold of disfavor operating over my life. I shall have favour with God and with man.

Father, behold your sons and daughters, as many that are reconciling their ways with you, I present them unto you, I ask as they connect with you, that every strong hold of  disfavor be terminated in their lives, in Jesus name, Amen!