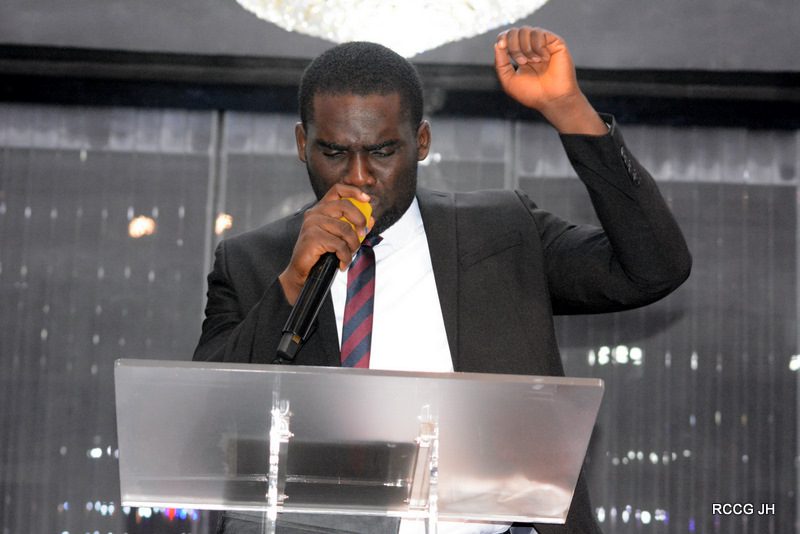 No weapon that is formed against thee shall prosper; and every tongue that shall rise against thee in judgment thou shalt condemn. This is the heritage of the servants of the LORD, and their righteousness is of me, saith the LORD.

And the LORD shall utterly destroy the tongue of the Egyptian sea; and with his mighty wind shall he shake his hand over the river, and shall smite it in the seven streams, and make men go over dryshod.

From this passage, God described the red sea as the tongue of Egypt. In essence, He was saying a tongue is a trap that is orchestrated to stop you from having your freedom.

What is a Tongue?

Thou shalt hide them in the secret of thy presence from the pride of man: thou shalt keep them secretly in a pavilion from the strife of tongues.

Thy tongue deviseth mischiefs; like a sharp razor, working deceitfully.

From this passage, a tongue is as sharp as a razor.

My soul is among lions: and I lie even among them that are set on fire, even the sons of men, whose teeth are spears and arrows, and their tongue a sharp sword.

From this passage, a tongue is a sharp sword.

They have sharpened their tongues like a serpent; adders’ poison is under their lips. Selah.

From this passage, a tongue is like a serpent.

Their tongue is as an arrow shot out; it speaketh deceit: one speaketh peaceably to his neighbour with his mouth, but in heart he layeth his wait.

From this passage, a tongue is an arrow.

Though wickedness be sweet in his mouth, though he hide it under his tongue;

From this passage, a tongue is a place where wickedness is hidden.

The book of James says everything can be tamed, which means even a lion which is a wild animal, but God says a tongue is worse than a lion because it cannot be tamed. So, when He says condemn the tongues, it means every word spoken against you should be rebuked and replied to

And the spirit entered into me when he spake unto me, and set me upon my feet, that I heard him that spake unto me.

Tongues are carriers of spirits either evil spirits or The Holy Spirit. Though, when evil tongues come towards you it may seem like a joke but there is a spirit behind it, so you must rebuke and condemn it.

*Prayer: Father, I condemn every tongues risen against me in Jesus Christ’s Mighty Name.

David understood this and asked the Holy Spirit how to condemn tongues.

And one told David, saying, Ahithophel is among the conspirators with Absalom. And David said, O LORD, I pray thee, turn the counsel of Ahithophel into foolishness.

The incantations and divination of the kingdom of darkness is made with their tongues.

*Prayer: Father, every tongues that have risen against me and my family, make them foolish.

1.)  And the whole earth was of one language, and of one speech.

2.) And it came to pass, as they journeyed from the east, that they found a plain in the land of Shinar; and they dwelt there.

3.) And they said one to another, Go to, let us make brick, and burn them throughly. And they had brick for stone, and slime had they for morter.

4.) And they said, Go to, let us build us a city and a tower, whose top may reach unto heaven; and let us make us a name, lest we be scattered abroad upon the face of the whole earth.

5.)  And the LORD came down to see the city and the tower, which the children of men builded.

6.) And the LORD said, Behold, the people is one, and they have all one language; and this they begin to do: and now nothing will be restrained from them, which they have imagined to do.

7.) Go to, let us go down, and there confound their language, that they may not understand one another’s speech.

8.) So the LORD scattered them abroad from thence upon the face of all the earth: and they left off to build the city.

God knew the way they were bonded, there was no other way to stop them, so He confused their tongue.

*Prayer: Father, confuse every tongue risen against me.

The LORD shall cut off all flattering lips, and the tongue that speaketh proud things:

The mouth of the just bringeth forth wisdom: but the froward tongue shall be cut out.

Destroy, O Lord, and divide their tongues: for I have seen violence and strife in the city.

Such knowledge is too wonderful for me; it is high, I cannot attain unto it.

John the Baptist’s destiny would have been truncated by family members if not for God opening the tongue of his father, because they said they should name him Zechariah.

How Can You Condemn a Tongue?

Reverse, Reply or Reject immediately, do not wait for tomorrow.

42.) And when the Philistine looked about, and saw David, he disdained him: for he was but a youth, and ruddy, and of a fair countenance.

44.) And the Philistine said to David, Come to me, and I will give thy flesh unto the fowls of the air, and to the beasts of the field.

45.) Then said David to the Philistine, Thou comest to me with a sword, and with a spear, and with a shield: but I come to thee in the name of the LORD of hosts, the God of the armies of Israel, whom thou hast defied.

46.) This day will the LORD deliver thee into mine hand; and I will smite thee, and take thine head from thee; and I will give the carcases of the host of the Philistines this day unto the fowls of the air, and to the wild beasts of the earth; that all the earth may know that there is a God in Israel.

Goliath said he will kill David and David immediately replied saying “you uncircumcised philistine, I will cut your head”.

It is your word that creates your world.

Counter every evil tongue with the word of God, for in the tongue is life and death and every word is a spirit in motion. The bible says in

11.) And that every tongue should confess that Jesus Christ is Lord, to the glory of God the Father.

So anytime you shout the name of Jesus when they are gathered in their altar, they will be like Balaam and Balak because when Jesus says yes, nobody can say no. Words are not waste-able, words have the power to work, even if the time has not come, it keeps hanging until the fullness of time comes for the fulfillment of the words. Words that go out do not come back, so you reply or counter words. Whenever, the enemies gather, shouting the name of Jesus Christ nullifies their words and works.

For he that speaketh in an unknown tongue speaketh not unto men, but unto God: for no man understandeth him; howbeit in the spirit he speaketh mysteries.

*Prayer: Whatever you’re trusting God for, begin to speak it into existence now.

4 Things To Do To Condemn Tongues

If you have a sinful nature or habit you want to discontinue in 2020, lift up your right hands and pray the prayer below;

*Prayer: Lord Jesus, have mercy on me, forgive my sin, remove my name from the book of death and put my name in the book of life, I receive you as my Lord and personal Saviour, I confess Jesus Christ into my life and I ask that you give me the grace to live above sin.

Summary: Tongue is the most powerful tool or weapon the Lord has given to us, so when the enemy attempts to attacks you, rebuke or reply them with the word of God, rather than keeping quiet because words carry spirit and power.