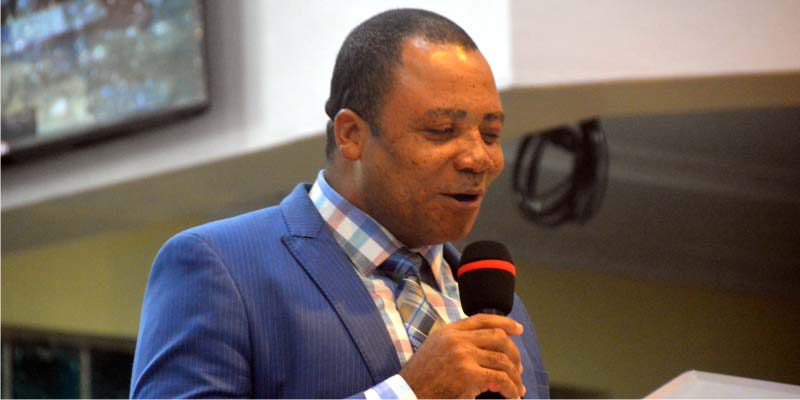 MESSAGE: When we talk about terror, here in Nigeria, its become a household name, except you are a stranger ; once you mention terrorism , I’m sure a kid will reply ‘Boko Haram’. For some people, when youre  talking about terroris, youre talking about Nigeria but that is not true.

Terror means extreme fear or exceeding fear, but some theologians would ask “can God have terror? Some modern theologians has quoted that theres no way a “Lion God” can have terror. A God who loved in a manner I call “reckless”, leaving behind ninety and nine (99) sheep just to sought out for one single sheep. What if something bad happens to the ninety-nine sheep left behind, he doesn’t mind, what he is after for, is the one little “you” he loves and then the theologians in wonder would ask “how can such a loving God, have terror”? No! they would say. This is just an old trick put together to scare people from doing evil. But if you look at logically, it made sense.

Take for instance, while growing up, you would hear some mothers telling their daughters not to allow any man to touch them because if they do, they would get pregnant’ but you would find out that those girls grew up with those believes  and you will also notice that when they eventually grew up to discover that guys actually touched them and nothing happened, they take their mother’s words to be lies, but they really didn’t get the actual message because their mothers were actually teaching them morals but not conveying the message right. So the modern theologians sees this ‘God’s terror’ as one of the tricks the old theologians made up, to scare people from doing evil.

But does God actually have terror? The scriptures has made it plain, that God has terror (Gen 35:1-5) This scripture tells about how Jacob and his household journeyed to Bethel and the scripture recorded that the ‘terror of God was upon the cities that were round about them’. My question was that, was there no one who would desire the wealth of Jacob? But they couldn’t because the terror of God surpassed their desire for anything. If there’s one thing I know about the terror of God , it is that it scares the devil. It can even make a wicked man forget his mission; the terror of God can scare the devil out of a demon possessed person . Halleluyah!

There’s this aspect of this terror of God in the life of a child of God , Joseph was one man that had an encounter with the terror of God. When Potiphar’s wife wanted to have an affair with Joseph, everything was just perfect for the show, the bible said there was nobody in the house, the woman was very beautiful and if not that the scripture recorded that Joseph had two sons, people would have said that he was gay or probably an impotent man…..Glory to God, he later got married and had two sons.

As at then, there was no reasonable reason why Joseph shouldn’t have accepted his master’s wife because it was that period he was betrayed, enslaved and had to many pain, he could as well grab such an opportunity to wipe out all the odds that had happened to him, but in verse 9 of Genesis 39, Joseph spoke with the terror of God in him “how then can I do this great wickedness and sin against God” Joseph was not all about what he was gaining  or about his master’s trust, but it was about the extreme fear of God he had.

Joseph in another scenario expressed the terror of God. When those same brothers of his who sold him to slavery came to him in the quest to get food. If it were some of us, we would start singing songs like ‘thank you Jesus, the lover of my soul, Alpha and Omega you’re worthy to be praised ‘…….because He (God) has brought your enemies to your mercies. We would even also say ‘today na today, I go show them pepper’ and we would even try to justify the actions by saying ‘thank God say no be me go call them, na dem jejely waka come and I also thank God say my own brother Benjamin no follow them come’. That is the real nature of man, infact Joseph even did the same by accusing them of what they actually did not do. May someone never put you in a position where you will be faced with someone you’ve hurt badly, you and I know that there’s nothing you would do to please them. What you have not done wrong, will piss them off.  When you walk on water they would say, you’re raisng dust, if you maybe win an award, they would say its scam. Joseph’s brother had no weapon neither were they spies but because Joseph hated them, he arrested his brothers but because of the fear and terror of God in Joseph, Joseph let go his anger and vengeance. May you encounter a man with the fear of God in Jesus name……Amen.

So many so called Christians, have let anger and rage take over them that the fear of God has no place in their heart. Where is the place of God’s terror in our heart; does the terror of God mean anything to us anymore?

Apostle Paul in 2 Corinthians 5:11, was writing to the Corinthians that “knowing of the (fear of God) terror of God, we persuade men”

Rev 6: 12-17, this scripture described how frightened people would be because they perceived the terror of God. But in our days, people don’t fear God, they believe God and the pastor doesn’t see their doing and they also see God as loving that he could harm those he love.

People still steal even in the house of God, they take this love of God for granted and forsake everything he has given to us, all because we don’t have this fear in us…..

Remember that this loving God is also a consuming fire, and the one described in Rev 6: 12-7. God can still constrain our heart, breed on us and input his fear in us, so that we can boldly say, because of the fear of God, I won’t do this. May the terror of God, breed through our body, soul and spirit in Jesus Name…….Amen!