The stumble at the threshing floor ~ Pst. Steve Folorunsho

The stumble at the threshing floor ~ Pst. Steve Folorunsho 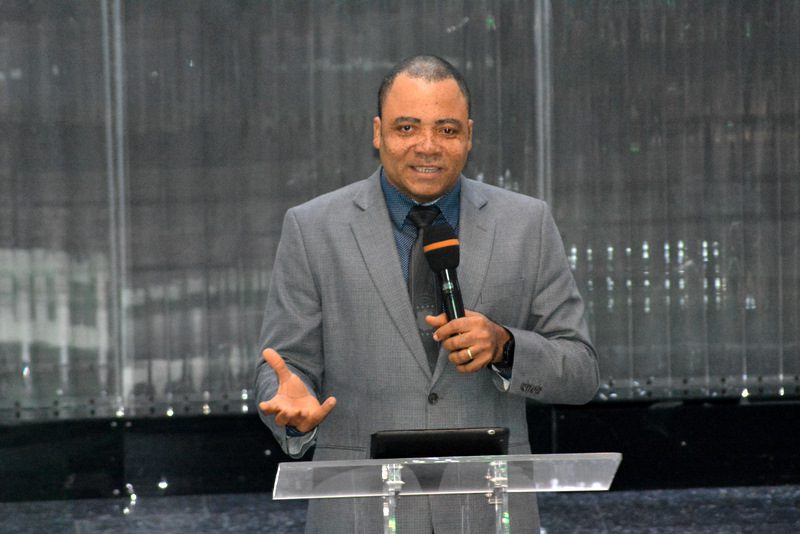 To stumble is to miss a step or your balance and fall or about to fall. as a noun, stumble means an unintentional but embarrassing blunder. the first definition paints a physical picture of what happened at the threshing floor.

In the passage we read what we saw physically is that the ox missed his step and almost fell but the narrative is that it was an unintentional but embarrassing blunder.

To thresh is to loosen the edible part of grain from husk and straw to which it is attached while threshing floor on the other hand is a hard level surface on which grains are threshed.
Through scriptures we have discovered that the ark is a magnificent representation of God. The ark brought victory for the Israelites many times and was the reason. for their exploits. When you enter the holy of holies, the only thing you would see is the ark. The two poles in the ark meant the ark was to be carried and by Priests (Deut 31:9)

David had good intentions to take the ark to its rightful place and knowing that the weight of the ark was about 256kg David felt that was too heavy to be carried for such a long distance journey. So David decided to use an Ox to carry the ark. It is worthy of note that the Ox did not stumble throughout the journey on the hilly and rough parts but stumbled on the threshing floor, a flat levelled surface.

Everything was going on smoothly until they got to the threshing floor. Then when God smote Uzza for trying to hold the ark from falling, David’s mind couldn’t comprehend it as Uzza had good intentions for his actions. So David was afraid and did not want to keep the ark in his house but kept it with Obededom the Gittite and Obededom who was not a priest or of the Levitical order received the ark knowing that the ark just killed someone and God blessed him and his household. So it was not about the ark. It was because something went wrong at the threshing floor.

The threshing floor is a place of separation where you take away the things that don’t matter. The same ark that killed was also the same ark that blessed becuase there was a right order in place.

When you encounter God at the threshing floor, He removes the distractions that plaque you and takes away the things that don’t add value to your life.

In Gen 13:14 God did same thing to Abraham when he separated him from Lot. That everything looks good doesn’t mean it is good. It is when you get to the threshing floor that God begins to prune you, direct you and open your eyes to those attitudes, lifestyles and things that you don’t need in your life.

Many unanswered prayers and delayed breakthrough we experience today is because the threshing floor experience is being evaded.

When the Philistines captured the ark it was as if the ark had lost its potency but it had not, the process and order was just wrong.

We need to take away anything that is hindering us from getting to the threshing floor.

At times we feel God doesn’t want to give us our breakthrough etc. but He might just be asking us to check the process because it might not be the right course for our life or process.
My prayer for you today is that you will encounter God at the threshing floor and experience that breakthrough that you desire.