The Effect of Prayer and Praise ~ Bro. Philemon Okeke

The Effect of Prayer and Praise ~ Bro. Philemon Okeke 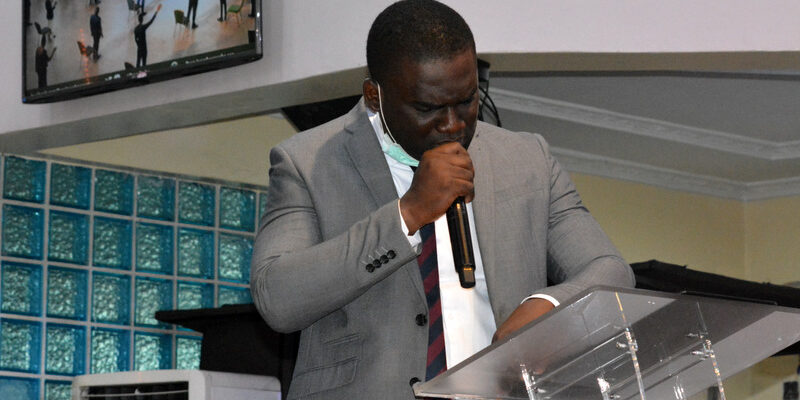 16:16 And it came to pass, as we went to prayer, a certain damsel possessed with a spirit of divination met us, which brought her masters much gain by soothsaying:  16:17 The same followed Paul and us, and cried, saying, These men are the servants of the most high God, which shew unto us the way of salvation.  16:18 And this did she many days. But Paul, being grieved, turned and said to the spirit, I command thee in the name of Jesus Christ to come out of her. And he came out the same hour.  16:19 And when her masters saw that the hope of their gains was gone, they caught Paul and Silas, and drew them into the marketplace unto the rulers,  16:20 And brought them to the magistrates, saying, These men, being Jews, do exceedingly trouble our city,  16:21 And teach customs, which are not lawful for us to receive, neither to observe, being Romans.  16:22 And the multitude rose up together against them: and the magistrates rent off their clothes, and commanded to beat them.  16:23 And when they had laid many stripes upon them, they cast them into prison, charging the jailor to keep them safely:  16:24 Who, having received such a charge, thrust them into the inner prison, and made their feet fast in the stocks.  16:25 And at midnight Paul and Silas prayed, and sang praises unto God: and the prisoners heard them.  16:26 And suddenly there was a great earthquake, so that the foundations of the prison were shaken: and immediately all the doors were opened, and every one’s bands were loosed.

THE OBJECTIVE OF THIS STUDY IS:

– To know what happens when your prayer and praise is accepted

The kind of praise and prayer that God desires, is a prayer amidst shame; even when people are mocking you, you still need to praise God, whatever your condition may be, God is to be praised. Paul and Silas are a perfect example for us to see what happens when your prayer and praise is accepted by God.

The person following Paul and Silas was a female but the spirit that came out was a male spirit. So it is possible that in the physical you might have a particular gender but in the spiritual what is controlling you is another gender; so you find yourself doing those things you don’t want to do.

Every time we sing the song of Paul and Silas, we often sing with great passion; but the salient question is: can we do what Paul and Silas did? Acts 16:19 shows that they were taken to a marketplace for public disgrace but yet they still called upon the name of the LORD God. Can you really call upon God when you are disgraced?

Acts 16:26 shows their point of deliverance: When your circumstances does not support your destiny, or your environment does not support destiny, it will be an error to say you don’t feel like praying or praise; prayer and praise is not a feeling, it’s a duty. The Bible says “I will bless the Lord at all times, his praise shall continually be on my lips”, Job 13:15 “Though he slay me, yet will I trust him”. If our praise is a conditional one, then it’s not good enough. We are quick to praise God when he does something, but it is better to praise God when he hasn’t done anything. John 11:41 “Then they took away the stone from the place where the dead was laid. And Jesus lifted up his eyes, and said, Father, I thank thee that thou hast heard me”. Giving God praise in advance is like doing a fixed deposit, God will surely pay you and add the profit to you as well. We see the apostles as an example, after they had met this condition, they prayed Acts 16:26 “And suddenly there was a great earthquake, so that the foundations of the prison were shaken: and immediately all the doors were opened, and every one’s bands were loosed.”.

When Paul and Silas were praising God, they were bleeding Acts 16:33 “And he took them the same hour of the night, and washed their stripes; and was baptized, he and all his, straightway.” Blood was coming out of their body, and they were praising God: they were so messed up with blood that the Jailor had to clean them up first. Today people want to be cajoled before they praise God. What is coming out of your body that is stopping you from praising God? Hebrews 12:1 “Wherefore seeing we also are compassed about with so great a cloud of witnesses, let us lay aside every weight, and the sin which doth so easily beset us, and let us run with patience the race that is set before us,” on that day Paul and Silas will stand and God will play the scenario, God will say they were still bleeding when they praised him.

This is why you need to praise God; despite the miracle and the opening of the prison, it was only Paul and Silas that left the prison. That means, if you don’t participate in the praise and prayer, your deliverance will not be complete. Again, the Magistrate begged Paul and Silas to go “Acts 16:36 And the keeper of the prison told this saying to Paul, The magistrates have sent to let you go: now therefore depart, and go in peace.”; when you praise God unconditionally, those that have put you in prison will beg to release you. Also, prayer and praise open your eyes to opportunities. God want you to praise and pray despite the circumstances.