Donate
Home Stay out of Condemnation

Stay out of Condemnation

Stay out of Condemnation 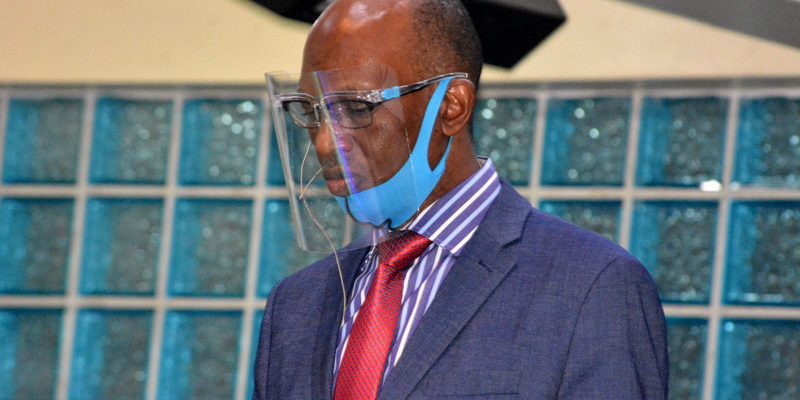 8:1 There is therefore now no condemnation to them which are in Christ Jesus, who walk not after the flesh, but after the Spirit.

8:2 For the law of the Spirit of life in Christ Jesus hath made me free from the law of sin and death.

Condemnation simply is the act of condemning or sentencing someone to a punishment. It is usually from someone who has the power to dispense justice, for example if people go to law court for committing a crime; and after arguing the case, if found guilty, the judge pronounces judgment of condemnation on them and they are sentenced to death, hard labour or prison depending on the level of the crime committed by such person. We must understand as spiritual being that condemnation is either spiritual or physical.

WHAT ARE THE SOURCES OF CONDEMNATION?

1.         Self-condemnation: The Bible talks about our conscience, and there are some people who knows that they are already condemned by their conscience, because they know that the holy spirit has been telling them that what they are going into is not right, yet as they continue and end up performing the act, they are condemned already by their selves. 1 John 3:21 “Beloved, if our heart condemn us not, then have we confidence toward God”. If your heart does not condemn you, you have confidence towards God: someone who has just risen from the bed of Adultery, and you are faced with a challenge, and you call yourself a child of God. The moment you begin to exercise your authority as a child of God, there is something that comes to you and say you don’t have the power to do what you are are about to do because you just came out of the bed of adultery. Rom. 9:1 “I say the truth in Christ, I lie not, my conscience also bearing me witness in the Holy Ghost,”. The conscience bears witness with us and gives us confirmation of our position with God. The conscience condemns us if we do what is wrong. Acts 24:16 “And herein do I exercise myself, to have always a conscience void of offence toward God, and toward men.” Matt. 27:3-5 “Then Judas, which had betrayed him, when he saw that he was condemned, repented himself, and brought again the thirty pieces of silver to the chief priests and elders,  Saying, I have sinned in that I have betrayed the innocent blood. And they said, What is that to us? see thou to that.  And he cast down the pieces of silver in the temple, and departed, and went and hanged himself.”.

2.         Condemnation can be from people around you: Acts 4:19 “But Peter and John answered and said unto them, Whether it be right in the sight of God to hearken unto you more than unto God, judge ye.” It can be from other people. There was a great man of God who fell onto sin and eventually another great man of God got to known about it, and instead of looking for a way to restore him, became a source of condemnation to this man, that he was almost committing suicide. Few months later, the same man of God condemning now later committed the same offence.

3.         Condemnation can be from the Devil: The Devil, as the bible has mentioned him is the accuser of the brethren. He gives condemnation to people, he make you to commit a particular sin, after which he accuse you, then he will use your conscience to condemn you. Rev. 1:5 “Accuser of the brethren” 1 Tim. 4:6, Zach. 3:1-3, Rom. 14:2. For any reason you fall into mistake and you later repent, this is a scripture you need, to knock out the Devil completely.

4.         Evil men or Priest: Numbers 23 shows how Balak hired Balaam to course Israel. Sometimes people suffer condemnation from evil men; perhaps they were sentenced by evil men at some point in their life because of server reasons. Exodus 1 Pharoah sentenced the children of Israel to hard labour.

5.         Condemnation from God: This is the main thing that we must run away from; condemnation from God. In Heb. 12:23 “To the general assembly and church of the firstborn, which are written in heaven, and to God the Judge of all, and to the spirits of just men made perfect,”. Judgement is from God, He is the ultimate Judge; even if the evil men condemn you, if your conscience condemns you, if other people condemns you, as long as God has not condemned you, you have the right standing in your life. If God has not condemned you, nobody can condemn you. Matt. 10:28 “And fear not them which kill the body, but are not able to kill the soul: but rather fear him which is able to destroy both soul and body in hell.”

i.          Eternal Damnation: Scriptures says that anyone who is not in Christ Jesus will have his part in the lake of fire

ii.         Block access to God: Psalms 24:3 “Who shall ascend into the hill of the LORD? or who shall stand in his holy place?”. This is the person that can access God. Mal. 3:9 When you are under a course, there is a covering over your life that will not give you access to God, some persons are under satanic umbrella that is preventing their rains or showers of blessing.

iii.        It hinders prayer: Isaiah 59:1-2. Anyone who commits sin is already faced with condemnation, and because of that, the bible say sin has hid the face of God. It also brings discouragement, frustration and limitation.

PERSONS THAT THE SCRIPTURE SAYS ARE OUT OF CONDEMNATION:

i.          Those who are in Christ Jesus. Rom. 8:1, John 3:16-18 “For God so loved the world, that he gave his only begotten Son, that whosoever believeth in him should not perish, but have everlasting life. For God sent not his Son into the world to condemn the world; but that the world through him might be saved. He that believeth on him is not condemned: but he that believeth not is condemned already, because he hath not believed in the name of the only begotten Son of God.” These scriptures clearly explain what made it clear that you are in Christ Jesus; Those who walk not after the flesh but after the spirit. As long as you are in Christ Jesus and the spirit of God governs you, then you are free from condemnation. This is simple; if there is no offence that has been committed, you can be condemned. Galatians  5:16 “This I say then, Walk in the Spirit, and ye shall not fulfil the lust of the flesh”. What are the works of the flesh Gal. 5:19-20. The scripture went further in Gal. 5:22-23 to give the works of the spirit.

The book of Galatians 5 outlined the fruit of the spirit and it said against such there is no law. If you are walking in love, you cannot go against God’s will, that is what life in the spirit does for us, but many of us relegate that, even when the spirit of God is giving us direction, we try to put him aside. The danger of that, is condemnation to oneself. Many quote the scripture “There is therefore no condemnation” and yet we do not walk after the spirit of God, but we allow the flesh to override what we are doing. I pray that you’ll walk according to the spirit of God so that you can maximize the full benefit of God’s leading.