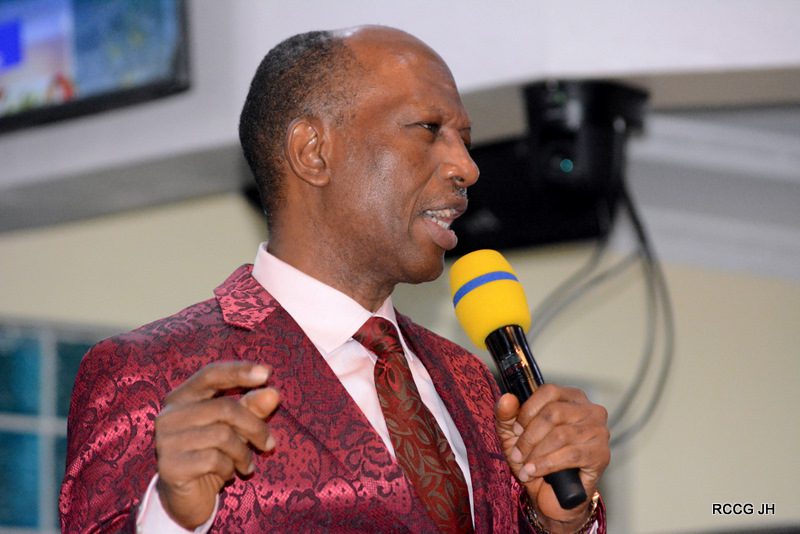 What is a prophecy?

Prophecy is a message that is delivered by a servant of God. Prophecies can be Negative and Positive.

Negative prophecies most of the time is not from God, but from the devil. Prophecies can be judgmental, but it can be reversed by the Power of He who reverses the irreversible(GOD).

27 For the Lord of hosts has purposed, and who can annul it? And His hand is stretched out, and who can turn it back?

If God Has spoken concerning you, it is as good as done, because He stands to see that it is activated, He assures us that every word that proceeded out of My mouth, they shall not return unto Me void, but it shall prosper in that which I said it to. There are negative and positive prophecies. Prophecy is not an avenue for you to go to bed and sleep off, rather it is for you to see that those words God has said to you are put into manifestation. See them through, nurture them into manifestation and make sure that they come to manifestation. Just like when they came to Mary that she was going to carry a baby in her womb that nobody ever has been able to conceive and she has never slept with any man, so she wondered how will this happen, then she was told the power of the Holy Spirit will come upon her, it will Overshadow and you will bring forth that child. Mary’s reaction to that was, so be it unto your handmaid as you have prophecied. When you receive the word(positive prophecy), you should receive the word and then work towards it to see that those words ome into manifestation.

But if the word is negative, then you should develop how to reverse the prophecy.

If a prophecy is from a false prophet, it is easy to reverse it.

You should know a true prophet when those things he prophecies come to manifestation. If those things are going to be against you, you can reverse it as Christ reaffirms us that He has redeemed us from the curse of the law.

Talks about Jesus blotting out the handwriting of negative ordinances that are against us, because He has taken them away and He nailed them on the Cross.

There are two testimonies shared, One had a negative prophecy as most of us would see, then he concluded well it’s God, like in yoruba land they say when God has given you judgment and you say you will appeal, who will you appeal to?

Samuel was a special child born by Hannah and dedicated to the service of the Lord, God was scheming a replacement with Samuel for Prophet Eli whose children were supposed to have replaced him but because of their ways of life, God had to change them. So, when that came up and he(Eli) could not do anything, God decided to send a message to him and said because you have not honored me, but you have preferred your children more than me, God sent a word that said

I have said before, that your household will minister before Me all the days of their lives, now I am saying far be ye from Me it will not happen again.

When the word came, the look of Samuel made Prophet Eli know that something had gone wrong somewhere, that it wasn’t the kind of prophecy Samuel would have loved to relate to Prophet Eli.

So, Prophet Eli told him, to let him know what prophecy God had spoken unto him, then Samuel released all that was told to him by God and Eli did nothing about it, rather he accepted the verdict that he had been given by God. Of course, you know they took the ark of God’s Covenant, and that was the mark of God’s presence, so when he got the report he died of a broken heart and his two sons went to battle and eventually died in the battle too.

Again, we have an instance here when God sent a message to Hezekiah through Prophet Isaiah that thus sayeth the lord, set thy house in order, that thou shalt die and not live, then Hezekiah turned his face towards the wall and prayed unto the Lord, saying remember now oh Lord, how I have worked before Thee in truth and in a perfect heart and have done what is good in Thy sight, so he wept sore.

Then, The Lord sent a word to Hezekiah through Prophet Isaiah again saying,

thus sayeth the Lord, the God of David thy father, I have heard thy prayer, I have seen thy tears, behold I Will add unto thy days, 15 years.

Sometimes, you do not allow those negative words to come before you reverse them, you have to rebuke and reject it in the name of Jesus Christ.

God has given us the ability to reject whatever will not work well for us, so we are not under the bondage of negative prophecies when they come to us.

Abraham was a man who got to a point in his life, who when God had to destroy Sodom and Gomorrah asked or requested from God to spare the Righteous in the land, rather than to slay all from the land(righteous and unrighteous).

In every situation of life there is nothing that God cannot reverse, except it will be detrimental to you as a person.

For example, if you have a positive prophecy that has come upon your life, then labour and pray too, to see that they come into manifestation, and if the prophecy is a negative one, stand to resist it and say No, I refuse to allow this happen. For you to resist the negative prophecy you need to have a good relationship with God.

* Right now as you read this, lift up your hands and pray against every evil prophecy, God’s plan for you is very simple and straightforward,

Jer. 29 :11 says I know the thought that I think towards you, thoughts of peace and not of evil, to give you your expected end.

Again He also said, say ye to the righteous it shall be well with you.

*Lift up your right hand and say Heavenly Father, every negative prophecy, wherever it has emanated from against my life, I reject and resist it in the Name of Jesus Christ.

Sometimes, the prophecy you hear is from your own spirit, a brother in Bayelsa had an accident and he died. Surprisingly, when the accident happened the brother was conscious, he was fine, he did not have any major injury but right there he was telling people he may not be able to survive this accident, and he began to say eventually in case he dies, his wife should do this and that, and nobody shut him from speaking negatively to himself. So, the next day his conditioned changed(worsened) and he died, why? because he prophesied negatively into his life.

*Pray that any negative prophecy coming from within you is killed before it comes to open expression.

*If they said in your family nobody ever makes it in life and that when they are at the verge of achieving it, something bad always happens, Pray and say

“Heavenly Father, by the power in the name of Jesus Christ, I cancel every negative prophecy against my family that may have direct or indirect effect on my life and my family in Jesus Mighty Name”.

Isaiah was a notable prophet in the Bible, well trusted and he spoke the mind of God, But Hezekiah said whether it is from God or not, it is not his business, but this is not the prophecy he wanted to come to manifestation, so he prayed and God Reversed.

*Pray and say Heavenly Father, it doesn’t matter where the source is, every negative prophecy against my life and family, I reject entirely and I command every force or the forces behind the enforcement of such negative prophecies to die by fire.

*Lift up your hands and say

“Father in Name of Jesus Christ, today we stand before the creator of the heavens and the earth, the one who has the power to reverse the irreversible, Lord we stand by Your power today because no one can reverse You, but You can reverse Yourself, Lord anything that is negative that has come as words of prophecy or as words of mere men against our lives, Lord God, I Command them to be reversed in the Name of Jesus Christ”.

*Every Negative word enforcers, spirit beings, demonic spirit that keeps words, and keeps to the performance of those words, today you are held bound, you will not survive with your activities in our lives, for with greater authority we have reversed every negative word in the Name of Jesus Christ.

*Also, even if it is a judgmental word that has come from God, we cry for mercy today, Lord in judgment God remember mercy and give your children the grace to live above what will attract evil into anyone’s life in the Name of Jesus Christ. Thank You Everlasting Father and Glory be to your Holy Name, in Jesus Mighty Name We Pray.