Donate
Home Get Your Life Back – Pastor Steve Folorunso

Get Your Life Back – Pastor Steve Folorunso

Get Your Life Back – Pastor Steve Folorunso 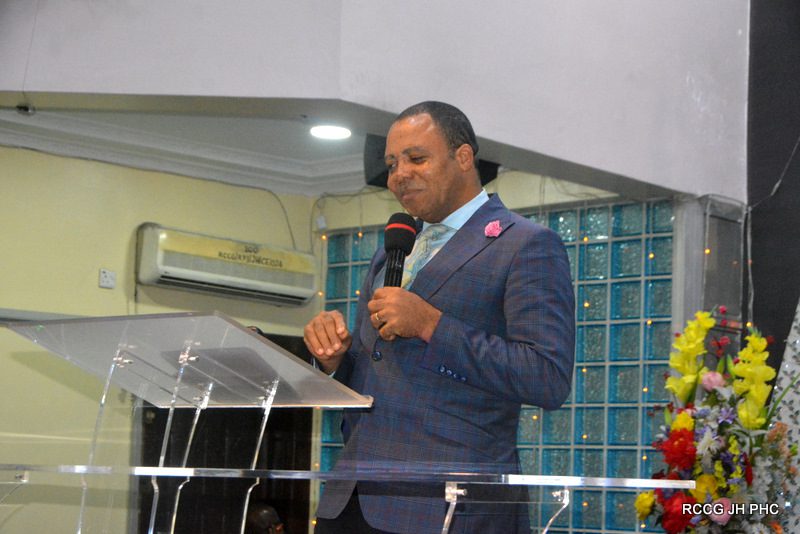 Firstly, This is the season of great turnaround. God is giving a turnaround from failure to success, from poverty to wealth and from sickness to good health.

17.) Then when he came to himself, he said, How many hired servants of my father have enough food, and [even food] to spare, but I am perishing (dying) here of hunger!

18.)I will get up and go to my father, and I will say to him, Father, I have sinned against heaven and in your sight.

19.)I am no longer worthy to be called your son; [just] make me like one of your hired servants.

20.)So he got up and came to his [own] father. But while he was still a long way off, his father saw him and was moved with pity and tenderness [for him]; and he ran and embraced him and kissed him [fervently].

This is the account of the Prodigal Son, who requested for his portion of his father’s wealth and eventually squandered all the wealth and came to a realization to return back to his father. It Says He Came to Himself, meaning he lost his mind(skrr skrr) and had to turnaround. When he was coming from afar, his father was the first person to see him, Why? because he never let him go from his heart. He was expecting that one day, his son will walk through the door back.

Everybody loves the turnaround story of how, Nigeria we were down 3 goals to nothing, and how we came back to win Brazil. Well, here’s The Story of the Nigerian born boxer Anthony Joshua, whom a couple of days ago reclaimed his title. When his father had him he had a vision that he would be into sports, along the line, his father and mother splitted due to issues of life, then the boy followed his mother to the United Kingdom. While he was there, life began to get harder for him, he lost his way and had to become a bricklayer. His father was unhappy about it, and his father knew he had passion for sports especially Boxing, unfortunately, things went further down. Out of frustration, he became a street fighter and was arrested by the police and put on remand and furthermore reduced to the level of a low life common criminal. After his release, the father never gave up on him, so he went back to him and started talking to him. In March 2011, he was pulled over by the police for over-speeding, then they searched his car and found 8 ounces of marijuana(weed or Indian Hemp). In Court, he pleaded guilty to avoid delaying the court and avoiding a 14 year penalty, which wasreduced to 1 year Community Service. During this time, he lost his place in the boxing circle because he became a convict, regardless his father never gave up on him. In the year 2017, the same lost out person(Joshua) became the universal heavyweight boxing champion after defeating Klitchsko in a bout. Today, everybody talks about the 2017 Anthony Joshua because that’s a story of a turnaround. The past of how he became a criminal nad arrested was never mentioned, but the difference between the criminal(Anthony Joshua) before that time and the Anthony Joshua we’re celebrating now, is something called a turnaround. There is always a turnaround in whatever situation you’re facing right now, your story still has a glory. On 7th December 2018 he lost a title, then his father wept and fought with the promoter, drew his ears and said, today you fought like a lion, next time fight smart like a fox. Then he came back on 7th December 2019 and fought like a fox and regained his title.

How To Get Your Life Back

1.) Stop what is Stopping you.

Break off your Negative Past which is holding you down.

12.)Sow for yourselves according to righteousness (uprightness and right standing with God); reap according to mercy and loving-kindness. Break up your uncultivated ground, for it is time to seek the Lord, to inquire for and of Him, and to require His favor, till He comes and teaches you righteousness and rains His righteous gift of salvation upon you.

Joshua got to a battle and got stuck, why? because the troublers where from within. He went and searced until he discovered it was Aakan and that was the end of their stoppage.

Most of the time what is stopping us are the forces, the very same forces that threw the prodigal son out of his blessed place. So, when dealing with this, you have to identify what is stopping you from being turned around by God.

2.) Stop living your life on how you feel and start living on the truth of God’s word.

In the case of the Prodigal son, his father always still loved him, but he never went out to call him back, because he had to let him discover that he had to stop living by how he feels and return back. Your glory is still waiting for you, all you need is a turnaround, to encounter your turnaround you need to recover yourself.

7.)You must submit to and endure [correction] for discipline; God is dealing with you as with sons. For what son is there whom his father does not [thus] train and correct and discipline?

8.)Now if you are exempt from correction and left without discipline in which all [of God’s children] share, then you are illegitimate offspring and not true sons [at all].

Every son of God must be under chastisement. At every point God always brings a word of correction to every man through any means, but if God cannot reach out to you, you cannot be a carrier of a turnaround. When you listen to instructions you move ahead and you recover what is lost.

4.)Don’t give up on yourself, your dreams, your destiny and your hope.

7.)For there is hope for a tree if it is cut down, that it will sprout again and that the tender shoots of it will not cease. [But there is no such hope for man.]

The fuel that Faith runs on is Hope. The reason of most cases of suicide and frustration is because people lose hope and give up.

1.)NOW FAITH is the assurance (the confirmation, [a]the title deed) of the things [we] hope for, being the proof of things [we] do not see and the conviction of their reality [faith perceiving as real fact what is not revealed to the senses].

As you read this, are you yet to give your life to Jesus? He is the anchor for your hope. Have you laid hold to Him? If You don’t have Jesus, then your anchor is not there and there is no foundation for your faith and hope. Are you reading this and you have given up on yourself? you have also given up on your dreams? He has not given up on you and your hope needs to be renewed.

Say this prayer believing in your heart;

*Prayer: Lord Jesus, I Need You

Do you desire a turnaround? the key to your turnaround is when you come to yourself, what does it mean to come to yourself? it means renew your hope in God that all is not Lost, nothing is spoilt. Time may run, but time does not run against God. When God is involved, He never comes late so, don’t shut down your life feeling time has past. As you encounter God, whatever that has been lost, he is going to turn it around for you.